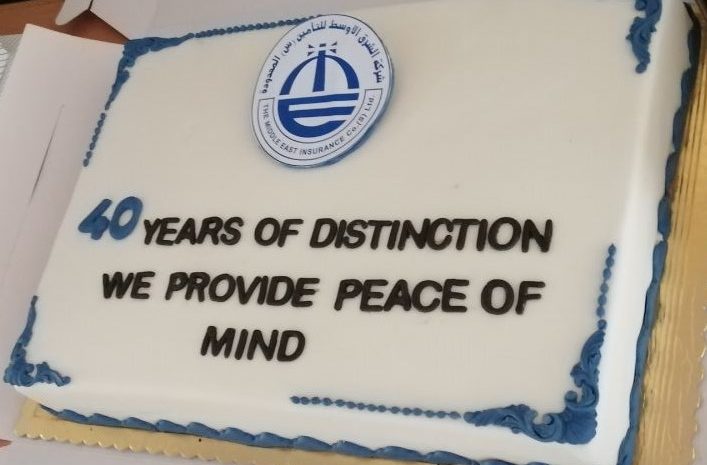 The Middle East Insurance Company celebrated the 40th anniversary of its establishment in a small scale with their employees, due to the circumstances of the Corona pandemic In the presence of the Chairman of the Board of Directors Mr. Mamoun Al-Nafidi and the General Manager Mr. Muawya Mergani Abbasher.

The Middle East Insurance Company pays constant attention to its employees and workers and in appreciation of the economic conditions that the country is going through, the Chairman of the Board of Directors stated that, since the outbreak of the revolution, they are working to improve the conditions for its employees, and further development in the work. Given this, the Board of Directors decided to restructuring of the company and hire new employee during it.

Finally, the General Manager thanked the company’s employees for their cooperation and appreciation for all their efforts that helped the company to reach its 40th year.